Fantom (FTM) was designed to overcome the limitations of previous generation blockchain platforms. The decentralized and open-source platform eyes scalability & security. Fantom sees it big and tries to create a smart contract platform with infinite scalability and almost costless transactions.

What is Fantom – FTM?

With the advent of DeFi, the Fantom network, called Fantom Opera mainnet, was able to be flexible. Thus, it was able to adapt to the needs of DeFi. Fantom is an EVM-compatible blockchain, meaning that the same apps as Ethereum & Binance Smart Chain can be used and it is possible to trade tokens directly from your wallet.

Fantom was founded by the Fantom foundation that has the ambition to create the network of IT infrastructure in the so-called smart cities of tomorrow. Any public or private network looking for a fast, scalable and decentralized solution could use Fantom. Their ambition is to reach 300,000 transactions per second to potentially be adopted by multiple services such as; healthcare, education and traffic.

We will take a closer look at the project with the aim of understanding Fantom’s ambitions and explaining this for anyone interested. This article is not intended for promotional purposes…

One problem with existing blockchains is the “well-known” blockchain trilemma. This is a trade-off that blockchains must make when choosing between fundamental elements of the blockchain. Blockchains of today must choose among the following three elements:

Existing blockchains show that the choice is only possible between two of the three. For example, Bitcoin will be the most distributed and as a result reasonably secure, but gives back on speed at 7tps per second. Binance Smart Chain, on the other hand, is fast and relatively secure but then gives up on decentralization.

This is where Fantom comes in with a possible solution. Fantom proposes to solve the blockchain trilemma by using a unique consensus mechanism, the Lachesis consensus mechanism. This means that Fantom provides additional layers that blockchains can connect to. This way, projects can operate on independent chains and only the main network is used for consensus. This is a difference from Ethereum which implements all applications on the main layer resulting in, skyrocketing transaction costs.

How is the Fantom protocol structured?

Fantom’s protocol is divided into three layers. Each layer has its responsibilities and functions.

The three layers are:

The Opera Core layer bears the responsibility of achieving consensus (security) between different nodes. This Opera core layer will be used to confirm transactions. This is similar to the operation of a classic blockchain. The only difference is that the DAG technology does not store the data separately per node but uses witness nodes, which pass on the data.

The OPERA Ware layer is located in the middle of the protocol and was designed to perform functions on the platform such as paying out rewards.

At the top is the Opera Application layer. This is the layer containing the APIs that developers can use to allow dApps to interact with the Opera Ware layer.

The small piece of information left by the executed smart contracts on this layer will be called Story Data. Story Data allows for unlimited tracking of all transactions and interactions with smart contracts on Fantom. Something that is essential for some industries such as healthcare and supply chain management.

Lachesis consensus is a DAG-based asynchronous Byzantine Fault Tolerant (aBFT) consensus algorithm. It is a new mechanism that offers many improvements over classic consensus algorithms allows it to attach to any blockchain and connect to other Lachesis nodes.

This will allow a blockchain to open up to coders using different programming languages.

The team behind Fantom has changed several times since its inception in 2018. The current team consists of 12 developers and several employees from several disciplines such as finance, cryptography, business development, software engineering and many more. The Fantom team has the expertise to establish its place in the technology scene as a South Korean company.

Korean Dr. Ahn Byung Ik was the founder of Fantom. In addition to a Ph.D. in computer science, he also served as president at the Korea Food-Tech Association. For Fantom, he developed a food-tech platform called SikSin, which had more than 22 million monthly visitors. Currently, Dr. Ahn Byung Ik. is no longer associated with Fantom platform.

The new CEO of Fantom protocol is Korean Michael Kong, who has several years of experience as a smart contract developer. Among other things, he helped build solidity decompilers (programming language for Ethereum) and vulnerability detectors to smart contracts. Also notable is the involvement of Andre Cronje, the developer of Yearn Finance (YFI).

In an interview, Sam Harcourt (Director of Asia Operations) and Michael Chen (Chief Marketing Officer) tell us that Fantom has not released a roadmap to the public since 2019. This is because the Fantom team finds it difficult to give exact dates in a lightning-fast software development where circumstances can change rapidly. To give an idea of Fantom’s future plans, they shared the milestones Fantom plans to achieve in the near future.

In January 2021, Fantom announced a test program with DABS, the national electricity company of Afghanistan. Fantom will provide DABS with the tools to digitize its operations, make them cheaper and increase transparency. One of the major milestones would be the full implementation of Fantom in the energy company DABS. They would also like to further develop on Afghan stock exchange and also cooperate with the Ministry of Health in Afghanistan. 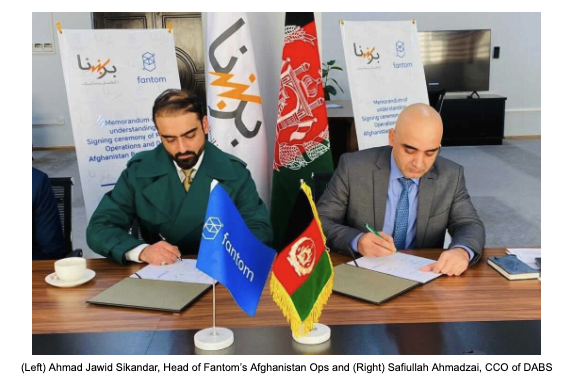 In addition to the goals Fantom is trying to achieve in faraway Afghanistan, Fantom is focusing on the DeFi world. Some DeFi goals Fantom is trying to achieve is the release of fLens, which will be a loan market. As well as implementing algorithmic stabilization for the stable coin fUSD. In addition, Fantom wants to organize several hackathons to encourage developers to continue building on Ethereum and later on the Fantom blockchain.

For a very detailed explanation of how the Fantom protocol works, we would like to refer you to the original white paper written in 2018.

Use case of Fantom – FTM

Fantom (FTM) is the proprietary token of Fantom Opera Network and will be used to conduct transactions and is required to use the smart contracts. It has a central role in the ecosystem. But it doesn’t stop here. Fantom (FTM) can be used in several other ways. For example, one will be able to use the FTM token to;

Where to buy and sell Fantom – FTM?

FTM can be bought and sold on many popular exchanges, such as: Binance, Okex, Gate.io, Crypto.com, Kucoin.

What do we think about Fantom – FTM?

Fantom’s ambition is to provide a network for the smart cities of tomorrow. Whether this goal will be achieved, the future will tell. In our opinion, the huge expertise and connections that Fantom team possesses puts the project a step in the right direction.

What is more important, in our opinion, is Fantom’s DeFi application. Fantom’s opera mainnet and its EVM compatibility allow Fantom to become a popular go-to for the average DeFi user.

Transactions are fast and cost much less than on other blockchains (Ethereum, Binance Smart Chain, Polygon). Also, more and more projects are coming to the Fantom chain such as Curve, C.R.E.A.M., and many more.

What is interesting about Fantom are the native DEXs like SpookySwap and SpiritSwap. These will potentially grow in popularity like Ethereum or Binance Smart Chain. With the recent price drop, it might be interesting to do some research on the Fantom network.

Fantom is a good choice for individuals who have smaller portfolios and don’t want to be subject to high gas fees. DeFi applications are much more limited but there is the possibility that this will expand in the future. Fantom will need to make progress in many areas but is on its way in achieving its ambitions and claiming a share of the market.

Trading and investing in cryptocurrencies (also called digital or virtual currencies, altcoins) involves a substantial risk of loss and is not suitable for every investor. You are solely responsible for the risk and financial resources you use to trade crypto. The content on this website is primarily for informational purposes and does not constitute financial advice.

Check out the coin
Start now

Learn about cryptocurrency in no time!

Start learning about crypto at YourCryptoLibrary

For starters and advanced. We will make every effort to share the information with you in an understandable, accessible, honest and transparent manner.