Blockchain gaming. With the surging interest in Non-Fungible Tokens, it was a matter of time before the first major blockchain games would launch.

When thinking about NFTs and gaming, I immediately think about Enjin, Decentraland, Sandbox and Axie Infinity. However, to date there have always been certain qualities or characteristics that I (Marco) missed in these games.

What is Illuvium – ILV?

The Illuvium team is building a decentralized, NFT collection and auto battler game built on the Ethereum Network.

We’re all aware of the current gas fee climate (or better said: crisis) on the Ethereum Network. For this reason, the team decided to leverage a hyper-scalable immutable-X L2 solution, enabling players to mint and exchange assets against zero fees.

Illuvium is an open world narrative driven exploration game. A unique blend of sci-fi and fantasy, you travel from region to region battling and capturing Illuvials, then using them as part of your assembled team. 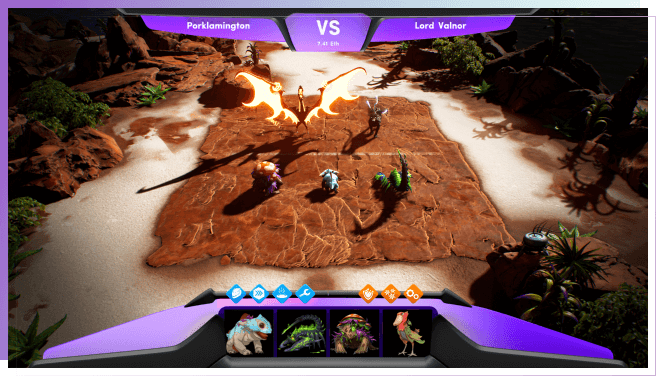 This to me sounds pretty cool. Having seen the trailer and other game leaks, Illuvium combines features I’ve seen in various other games.

For example, the auto-battler battleground makes me think about TeamFight Tactics, which is a game I play. Whereas, the last part sounds very similar to Pokémon to me, except this time you’re catching ‘Illuvials’.

Illuvials will be the in-game characters. These characters grow and evolve over time, to take on more powerful forms.

Each Illuvial has its own characteristics and affinity for elements. Once the game launches, it’s clear you’ll want to pay attention to this as each element has its additional strength bonus in specific situations.

When a user manages to defeat an Illuvial in-game, he/she can catch the Illuvial and collect them in shards which are stored on the blockchain and can be traded between players. Of course, certain Illuvials are rarer and/or stronger than others.

Having followed the character leaks in their Discord, here are my two favourite Illuvials so far:

#1 Rhamphyre: Rhamphyre is the perfect example of an Illuvial that’s going to be extremely rare to find. It’s incredibly strong and used in both the trailer and other teasers so far.

#2 Mammute: This character to me shows strength and is just extremely cool to watch. Its attacks look great and I’m looking forward to encountering one in-game:

In total, there will be over 100 Illuvials living in this interesting world. The game is scheduled to launch Q3 2021.

Use case of Illuvium – ILV

ILV is going to play a core part in the Illuvium ecosystem. The maximum supply is 10,000,000 ILV:

The predominant in-game currency is ETH. The team is building a DEX on which in-game assets can be traded. Initially, fees for sales have been set at 5%, which also are added to the vault.

All of this revenue is distributed to token holders who stake their ILV in the pool, through buybacks on Uniswap, then distributed in ILV. Also called yield farming.

ILV has one of the strongest tokenomics I’ve seen around. Which was to be expected if you know which parties and team members are involved behind the scenes (more about that later in this post).

The other 1,000,000 yield farming rewards have been allocated for in-game tournament battles, quests, daily challenges, and more.

For more details about staking, check out this Medium post.

Before even seeing the teasers, leaks, etc. – I already was sold on Illuvium when finding out who’s backing this project. Before the seed round, the team was already promising. However, now that concluded, the team grew to an International DAO of over 35 people.

That’s right, you may know Kain Warwick, well, meet his equally successful brother and the co-founder of Illuvium: Kieran Warwick.

As if two brothers couldn’t be successful enough, this family counts a third successful brother! Meet Aaron Warwick. Aaron’s knowledge of world-building and game lore has resulted in early success for the project. He has been unmissable for the project thus far and will continue to play a very important role as co-founder, writer and chief game designer.

Now for the full team, I’d like to refer you to this Medium post. All of the core team members, their experience and skills can be found there.

I do however want to point out one more team member: Rogier van de Beek, who is the lead concept artist. I don’t often point these things out, but I’m a huge fan of Rogier’s work and I think he has done an incredible job on designing the characters seen in the leaks channel so far!

Illuvium also managed to onboard various well-known partners, and closed their $5M seed round. On top of collaborations with Synthetix and Chainlink.

Where to buy and sell Illuvium – ILV?

What do we think about Illuvium – ILV?

First, it’s important to note that I’m not affiliated with the Illuvium team. I’ve been sharing this project on my social channels and Telegram channels out of personal interest and excitement for the game.

I’ve always been a huge PC gamer. Due to my work activities, I haven’t been gaming a whole lot the past couple of years. However, I still play Teamfight Tactics occasionally, which is an auto-battler game.

Because of this and because of the character leaks, gameplay leaks and overall ecosystem, I’m absolutely excited about playing this game upon launch in Q3.

I also stated that ILV has very strong tokenomics. This is because ILV has actual utility within the ecosystem, and truly incentivises both token holders and players.

The token distribution is realistic and because of the strong incentive to lock tokens in staking for a long time, I could well see a very low number of tokens actually circulate on the open markets.

The team clearly is an all-star team with great connections to existing projects and well-known individuals.

I believe the project is going to attract continuous significant exposure because of this and I could well see ILV list on top tier exchanges within a fairly short time period.

Overall, I think I expressed my opinion on Illuvium well. And that said, I will definitely participate in the Balancer pool later today. I hope this post has been informative to you and I’m sure you can ask them on Twitter, or in their Community Discord.

Trading and investing in cryptocurrencies (also called digital or virtual currencies, altcoins) involves a substantial risk of loss and is not suitable for every investor. You are solely responsible for the risk and financial resources you use to trade crypto. The content on this website is primarily for informational purposes and does not constitute financial advice.

Check out the coin
Start now

Learn about cryptocurrency in no time!

Start learning about crypto at YourCryptoLibrary

For starters and advanced. We will make every effort to share the information with you in an understandable, accessible, honest and transparent manner.